Thousands of meters below the frozen surface of the Southern Ocean, a small marine organism attaches itself to sand and gravel on the seafloor. Synoicum adareanum is a hermaphroditic filter-feeder — it has neither a brain nor a backbone, and it kind of looks like a thumb. It’s called a sea squirt. And it might hold a cutting-edge treatment for one of the most deadly forms of skin cancer.

It turns out that a chemical compound produced by a bacteria that lives inside the tissues of the sea squirt has demonstrated some success in fighting melanoma. The compound hasn’t reached clinical trials yet. Microbial biologist Alison Murray and her team of scientists at the Desert Research Institute (DRI) are searching for the microbial gene cluster that produces the cancer-fighting compound. If they locate this gene, it could help scientists synthesize the unique compound, which, at the moment, can only be harvested from wild populations in Antarctica.

The Sea Critter That Could Treat Cancer

S. adareanum‘s microbiome produces palmerolide-A, a molecule with promising therapeutic properties against melanoma, which is the most deadly form of skin cancer. The compound was discovered in 2001 by Dr. Bill Baker of the University of South Florida. Five years later, they witnessed the compound responding to melanoma-infected cells at a National Cancer Institute panel. Baker’s team collected a smattering of different Antarctic organisms and performed chemical extractions on them, until they saw something interesting — one of the bioactive molecules demonstrated a strong response to living cells. Their next step was a gamble: they wanted to learn more, but had a limited amount of the sample from Antarctica.

“These labs needed a lot of our material, which we don’t always put forward,” says Baker. “I mean, this material is precious! We brought it all the way back from Antarctica, we spent months to years isolating it. We need to make good decisions in where and how it’s used.”

The team eventually sent the palmerolide to a lab in Detroit, where it was screened against a small panel of cancers that didn’t actually include melanoma, but demonstrated some interesting activity. This prompted Baker to submit his samples to the National Cancer Institute, where they could test the bioactivity against a much broader panel of cancer strains, where it revealed specifically high activity against melanoma. In fact, melanoma was the only cancer with which the molecule showed high reactivity. Baker believes that this property makes palmerolide a particularly promising compound.

“At first you might look at the results and think — well, rats. It kills melanoma, but nothing else. But then it sunk in, and it was like — that’s awesome! That’s what you want in a cancer drug. You don’t want something that kills everything. That’s just way too toxic.”

The team harvests S. adareanum in a series of diving expeditions, which require them to drill through and enter beneath thick layers of sea-ice. To reach the sea squirt’s habitat on the seafloor, divers wear specialized thermal suits which keep them dry and insulated from the cold. The most obvious hazards of these expeditions are frostbite, hypothermia, and the fast-freezing ice that can cover the divers’ exit points — but the team has also reported being menaced by leopard seals. But don’t let the word “seal” throw you off — the animals can measure up to 11.5 feet, weigh up to 1,320 pounds, and have had a colorful history of human encounters. There is but one recorded sea leopard fatality in all of human history: in 2003, one of the giant mammals killed biologist Kirsty Brown as she was snorkeling.

Bringing live sea squirts back to the United States to harvest palmerolide on an industrial scale would be an impossibly inefficient and ecologically unsustainable endeavor, so the eventual chemical synthesis of the product is paramount. Currently, all wild-caught S. adareanum samples are blended and frozen at -80° Celsius before they leave Antarctica.

Back in Reno, Murray and her team painstakingly comb through the DNA of bacteria from the sea squirt’s microbiome to unlock the location of the palmerolide-producing gene. If they find it, they hope it will help solve the production bottleneck for the chemical.

“We’ve moved to doing something called environmental ‘metagenomics,’ which means, ‘many genomes,’ where we sequence the DNA from all of the bacteria a single sea squirt” says Murray. “We take this approach since we haven’t yet been able to culture the palmerolide-producing bacterium.

This step entails sequencing the DNA of a complex, multi-species assemblage (Murray’s team identified 21 different types of bacteria common to the sea squirt’s microbiome), in hopes that the team will find the specific palmerolide-producing gene.

“We’ll usually do this for a few different rounds,” says Murray, “And there have been about three or four different rounds of DNA sequencing through the last eight years. Then what we do is try to assemble the genomes. So — imagine taking a book and tearing up all the pages with scissors, and then trying to put the book back together again. Figuring out how it all fits together and all that. That’s where the real work is in this process.”

After years of arduous — and occasionally dangerous — research, the team hopes to continue their pursuit of isolating this palmerolide-producing gene cluster. They predict that an expanded understanding of the genome would enable them to cultivate it in a laboratory setting. This would help provide a sustainable supply of palmerolide that would not rely on harvesting wild sea squirt populations in Antarctica. To sustain their search, they have recently submitted a request to the National Science Foundation for continued funding, and are preparing a proposal to submit to the National Institutes of Health.

“In our field,” says Baker, “You can find cool molecules, but they’re not going to get much attention unless they have some property that’s useful — like light-harvesting properties that you could use in a solar panel, or anticancer activity. Cool molecules get you publications, but they don’t get you something that impacts society. That’s what makes this special.”

Correction: This story has been updated to reflect more accurate information about the project’s funding, more precise scientific terminology, and the fact that Murray’s team has already identified 21 species of bacteria common to the sea squirt’s microbiome. 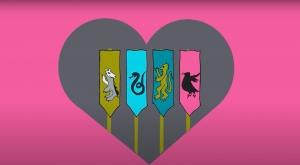 Reading Fiction Can Make You Kinder And More Accepting 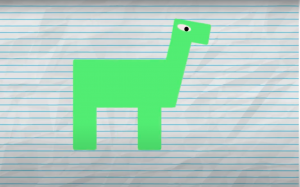 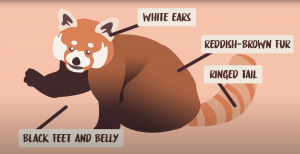 Reading Fiction Can Make You Kinder And More Accepting

Though reading fiction is broadly understood to be something people do to escape from the “real world,” studies have shown that it can foster benevolent social behaviors — and there might be an evolutionary reason for this.