After more than a decade of growth, Nevada’s fast-growing renewable energy sector faces storm clouds. Globally, the Covid-19 pandemic has cost the sector thousands of jobs, is delaying projects large and small, and in many areas is killing sales. But Nevada enjoys the sunniest skies in the nation, the momentum of a decade-long boom in projects and a state government pushing for more. Officials say Nevada will weather the current turbulence and meet its new standard to source half its electricity from renewables by 2030. And already, some local solar panel installers report a rebound in activity.

Solar power is Nevada’s biggest source of renewable energy, leading wind, hydro-electric, geo-thermal and other sources. The state has approved nine large solar projects since December 2018 that will supply power directly to NV Energy, the state’s largest utility. Together, the projects represent more than $3 billion in investment, NV Energy reported. Neither the company, owned by Warren Buffet’s Berkshire Hathaway Energy, nor project backers responded to questions about how the pandemic could affect plans to bring those projects online in the coming years.

“It’s hard to know if there’s going to be an interruption of our trajectory of building utility-scale projects,” said David Bobzien, director of the Governor’s Office of Energy.

“The Gemini Solar project is a large, important part of our future renewable portfolio, and we look forward to (its) successful, on-time completion,” NV Energy spokeswoman Kristen Saibini said in a media statement.

The project is a huge step amid the turbulence wreaked by the COVID-19 pandemic. Across the country, other renewable energy companies report they can’t get key parts such as solar panels and turbines, according to Environmental Entrepreneurs, or E2, a business group based in Washington, D.C. The pandemic has hit the industry’s global supply network at nearly every point in the chain: Mines can’t ship raw materials, manufacturing has slowed because workers are self-quarantining or factories have shut down, and shippers and truckers can’t deliver products.

Residential and small commercial solar power is suffering in the pandemic too. Across the nation, contractors report they can’t get permits from closed government offices, builders can’t get onto shuttered construction sites, and frightened lenders hold back financing, according to a March survey by the Washington, D.C.-based Solar Energy Industries Association.

As people get furloughed or laid off or simply feel unsure about the economy, they delay or cancel orders. That, in turn, impacts factories that had continued to operate: American solar panel maker SunPower Corp. halted production at its factories in the U.S. and four other countries as the coronavirus clobbered demand, Reuters reported.

“The solar industry is at risk… Solar companies and workers are losing business and being put out of work by COVID-19,” said SEIA president Abigail Ross Hopper. “Things are bad and getting worse.”

Pandemic’s impact may give way to local rebound

Before the pandemic, Nevada’s renewable energy sector had blossomed. Then the industry wilted in the early weeks of the pandemic, and now some signs indicate the sector may be rebounding.

Nevada launched its renewable energy program in 1997. By 2001, it had the most aggressive goal in the county: 15 percent of electricity generated in Nevada had to come from renewable sources by 2013, according to the Institute for Local Self-Reliance. By 2019, the state ranked sixth in the nation for installed solar electric capacity, according to the U.S. Energy Information Administration. While most of that capacity came from utility-scale installations, ordinary people also responded to state incentives: Residents and small business owners have installed more than 37,000 solar projects statewide since 2004, NV Energy reported.

At the same time, a boom was unfolding nationwide, fueled by federal and state tax credits that started in 2006. Renewable energy employed nearly 523,000 people at the end of 2019, according to E2’s Clean Jobs America 2020 report. Solar panel installer was projected to become the fastest-growing occupation in the country through 2028, according to a 2019 report by the U.S. Bureau of Labor Statistics.

But in March, at the beginning of the pandemic, the renewable energy sector lost 69,800 jobs nationwide, including nearly 780 jobs in Nevada, reported industry analysts with BW Research Partnership Inc. On April 13, nearly four weeks after pandemic shut-downs began, industry analyst Mackenzie Wood estimated the renewable energy sector would see a decline of about 20 percent this year compared to pre-pandemic levels. Companies that install residential and small commercial solar systems saw more than half their jobs postponed, and another 20 percent of jobs were canceled as customers faced future uncertainty, industry group SEIA reported.

But as lockdowns have worn on, people with disposable income and no place to spend it have turned their thoughts to home improvement, including installation of rooftop solar. “We hired all of our guys back from furloughs, and now we’re hiring more than we employed when we shut down,” said Tessa Hart, marketing director for Simple Power in Reno. Compared to pre-pandemic sales, new sales by early May were “about back on track, if not higher.”

Renewable energy advocates want Congress to promote the industry amid the pandemic’s economic storm. Investment in this sector, they argue, has a track record of seeding the entire economy.

Industry supporters tried but failed to win investment in the $2.7 trillion in stimulus bills that Congress already passed as the pandemic shut down much of the country. While renewable companies qualify for business loans and workers for unemployment benefits provided in those bills, advocates are seeking specific support. They point to the American Recovery and Reinvestment Act of 2009, which poured more than $90 billion into clean energy and grid modernization.

Those federal incentives “helped jump-start 475 transformative, clean-energy technologies that led to $1.25 billion in private-sector follow-on funding and created tens of thousands of jobs,” said E2 Executive Director Bob Keefe. He called the ARRA “the single-biggest investment in clean energy in our history.”

Both of Nevada’s U.S. senators, Catherine Cortez Masto and Jackie Rosen, joined 16 other Democratic senators in a March 20 letter urging their majority-party colleagues to take similar action now. Discussions include direct relief and other payments in future legislation, or perhaps convincing the government to extend federal tax breaks set to expire in April and at year’s end, according to an interview with Cortez Masto conducted by NBC News 3 in Las Vegas.

“Renewable energy has a proven track record for jump-starting the economy,” Keefe said. But a new legislative package helping the industry could take many months to put together, Nevada’s Bobzien added.

Meanwhile, Nevada continues its pre-pandemic support of renewables. In 2018, the state started offering incentives to add battery storage for solar energy and encourage the use of electric vehicles. Of $15 million allocated to the fund, $14.5 million remains available, according to an NV Energy report. Additional incentives encourage school districts to buy electric buses, and apartment building owners to install electric vehicle charging stations.

Even without a boost from a federal stimulus package, carbon-free energy should continue to expand to meet renewable portfolio standards Nevada and other states are setting. Nevada seeks 100 percent renewably generated electricity by 2050.

“We should be expecting a lot of construction both for Nevada, as well as helping California, to meet their RPS targets,” added Sara Birmingham, SEIA’s Oregon-based senior director of state affairs.

However, whether Nevada’s renewable sector bounces back to its pre-pandemic levels, and how long that takes, “only time will tell,” Birmingham mused.

Despite the pandemic, electricity from renewable energy nationally is projected to grow 11 percent in 2020, the U.S. Energy Information Administration forecast in May.

Some renewable advocates argue the pandemic presents an opportunity to make America’s energy infrastructure more resilient in all kinds of crises. As the country rebuilds, advocates say the national power grid should be reconfigured with an emphasis on clean energy sources and decentralized power generation.

“Instead of building more of the same, we could build an energy infrastructure that moves into the 21st century,” said Eric Berman, president and co-chairman of clean technology investor E8 Angels. When energy is generated locally, and generation centers are distributed widely, the power grid takes a smaller hit and heals more quickly when disrupted by pandemics, war, terrorist acts and natural disasters, he argued.

Advocates say a future stimulus bill could support the larger framework of grid resilience, climate change and how to better organize electricity markets in the American West.

“What does a climate-friendly, climate-supportive recovery package look like? What does the future of the western grid look like?” Nevada’s Bobzien mused. “There are active conversations about this.” 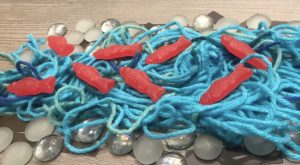 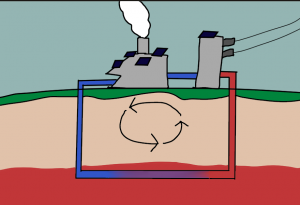 Lithium Nevada has proposed a pit mine on the ancestral lands of the Fort McDermitt Paiute and Shoshone tribes. The land is currently controlled by the Bureau of Land Management.