As climate change makes wildfires hotter and bigger, researchers are striving to better understand how fires spread and impact land and ecosystems. And some of that data could help to prevent deadly fires in the first place. Researchers are trying to preemptively evaluate what areas are at highest risk of fire and could benefit from a prescribed burn.

At the Sagehen Creek Field Station in Northern California, a team of researchers use drones to take heat-sensing images of forested lands.

“Our interest is understanding the moisture of dead and down fuels, to better be able to map that fuel moisture,” said Adrian Harpold, an assistant professor at UNR’s Department of Natural Resources and Environmental Science.

That information helps fire managers decide when is the best time for a prescribed burn, and where. A prescribed fire is set intentionally to remove dangerously dry trees and brush, reducing the risk of an out-of-control wildfire.

“You could fly these (drones) the week before, the day before you want to do prescribed fire as sort-of a check that the fuel moisture patterns are what you’re expecting, and that your burn plan is sort of consistent with conditions on the ground,” Harpold said.

Drones also are being used during active fires to predict where they might spread. The flying devices can get closer than any human can to a burning blaze and bring in new data that couldn’t be gathered before.

As fires burn, the burning materials give off chemicals, and tiny burned particles float into the air. Drones can measure both of those things in the atmosphere surrounding a wildfire. Fire managers can use those measurements to predict where the fire is likely to spread and where to send their firefighters, said Adam Watts, associate research professor of fire ecology at the Desert Research Institute, in Reno.

“The whole idea behind (using drones) is to get new types of data, or get data from new places where we’ve been unable to access before: challenging environments, specifically wildfires, but also other places where you wouldn’t be able to, or you wouldn’t want to send a person with a device,” Watt explained.

“These flying robots take those miniaturized instruments and go get those data.”

In a laboratory at the University of Nevada, Reno, a large drone stands on six legs, it’s propellers folded in. It’s about as tall as a man’s arm is long. And, it’s powerful enough that it can lift a hundred feet into the air carrying a good-sized, infra-red camera plus instruments that measure things on the ground, said hydrologist Scott Tyler, a professor at UNR’s Mackay School of Earth Sciences and Engineering.

“It’s also got six propellers, so if one goes out, it’s more stable and can probably land,” Tyler said. “When this thing takes off, it makes a lot of noise… It’s quite powerful.”

Tyler uses this drone to study some of the consequences of wildfire.

“Post-fire, you often get a great deal of erosion and sediment transport,” Tyler explained.

Researchers then use those measurements to “build an incredibly detailed topographic map,” Tyler said.

People investigating fire sites use that information, and their reports make their way to federal agencies such as the Bureau of Land Management and the U.S. Forest Service. 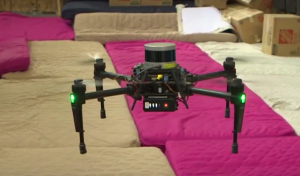 Mining industry turns to drones for safer search and rescue 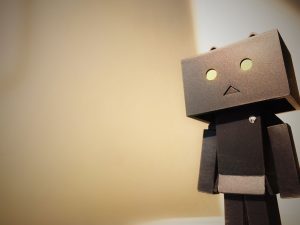 Mining industry turns to drones for safer search and rescue

Drones and video games are coming together in research at the University of Nevada, Reno, to make the mining industry safer for people.

Teach a machine to detect sarcasm? Oh yeah, sure. Research into the complex and nuanced perception of sass could help autistic people manage ordinary conversations with greater ease.