While sales of electric vehicles globally are expected to decline this year as a result of the COVID-19 pandemic, the installation of charging stations in Nevada is expected to continue growing, pushed by $15 million in utility incentives and support from the state.

“Nevada does have an incentive program for electric vehicle charging stations, and we definitely want to get people on board with that,” said Damon Hobbs, owner of KD Electric, based in Sparks. The electrical contractor has added EV station installation to his repertoire. He is working hard to convince people to install charging stations at their homes and businesses, which NV Energy subsidizes through a fund supported by rate-payers.

Alongside those incentive programs, Nevada continues to build infrastructure that supports the shift to low- and zero-emission vehicles. Working with private partners and utility companies, the state has completed 14 EV charging stations. Highways across the state need about 30 such stations to serve the basic needs of travelers using electric vehicles. Remaining stations could be completed by the end of this year, said Mark Brady, who oversees the Nevada Electric Highway program for the Governor’s Office of Energy.

“We have eight stations in progress or under construction, and more to come that we’re working on,” Brady added. “We’re trying to provide bare-bones infrastructure where it’s not economically viable for the business sector. As the EV market grows, then the private sector would realize the economic case to invest.”

In addition, private companies including ChargePoint, EVgo and Electrify America, an arm of Volkswagen AG, are partnering with commercial giants including Walmart, Target and other stores and gasoline stations to install chargers at high-traffic spots in Nevada and across the country. Such stations now appear at commercial centers in places including Winnemucca on Interstate 80 and Fallon on Interstate 50. Electricians like Tallon Cargill of Helix Electric LLC have crews installing stations at casinos, hotels and industrial sites.

“At a lot of our facilities, our customers are adding EV chargers for their employees and visiting customers,” said Cargill, service operations manager for Helix’s Divisions 28 and 29 in Reno. “It brings business in the door because they have a charging station.” People have 20 minutes to wait while their vehicle charges, so they are more likely to come in and spend money, Brady added.

All together, Nevada has 275 charging locations open to the public, with a total of 923 outlets, both regular and fast-charging, according to the Alternative Fuels Data Center of the U.S. Department of Energy. Yet, AFDC’s searchable, online map shows green dots studded across the eastern part of the nation and along the West Coast, but with vast empty spots in the Intermountain West.

Costs to install charging stations range from $5,000 to $6,000 for a home-garage installation, to around $20,000 a commercial location, to $150,000 to $200,000 for a highway station in a remote area with challenging electrical needs, sources said. Costs also depend on the type of charger, with fast chargers requiring a more complicated set-up, Brady said. All Electric Highway stations have at least one fast charger, he added.

Meanwhile, utilities still are trying to figure out how to structure rates they charge station owners. Business owners still are seeing how having charging stations affects their bottom line.

“These are so new. There are a lot of unknowns,” Brady added. But, “by installing the infrastructure, a lot of good things can happen.”

Those EV charging stations support the million or so electric vehicles already running on American roads. In 2018, the Edison Electric Institute had projected that number to double by 2021.

But then COVID-19 hit. Global sales of electric vehicles are projected to plummet 41 percent this year, as factories locked down and potential buyers fear economic uncertainty. Sales could continue 30 percent below previous expectations into 2021, warned industry analyst Wood MacKenzie. That, in turn, leads to projected job losses of more than 25 percent nationally through the first half of this year across the low-emissions-vehicle sector. Losses would slash a pre-pandemic workforce of nearly 261,000 people, reported BW Research Partnership Inc.

Private installations also have slowed, at least for now, some contractors report. Hobbs had installed up to 10 residential ports each month before the pandemic, he said. Then, most jobs went on hold as charger factories shut down due to local safety orders. But with factories set to re-open, Hobbs said he expects installations to bounce back.

Analysts expect electric vehicle purchases to resume as well. “The number of cars sold will go down in the near-term, but we think EV sales will hold up very well — better than gasoline cars,” Executive Director Joel Levin, of advocacy group Plug In America, told trade publication Utility Dive.

Americans could be driving 3 million EVs by 2025, the International Council on Clean Transportation predicted. Those vehicles will need nearly 200,000 additional charging stations, the ICCT added. With that outlook, operators of America’s electrical grids also are preparing for an increase in electrical demand from EV charging nationwide, said Emily Nelson of the New York Independent System Operator, in a webinar hosted by Power magazine and the Electric Power Conference.

Nevada a ‘keystone state’ for transportation

In January, officials celebrated a stretch of Interstate 15 across southern Nevada meeting the requirements for federal designation as the first alternative fuel corridor in the Intermountain West, with a charging station every 50 miles. That designation, expected to be announced later this year, would qualify the state for federal funds.

“We’re a keystone state,” Bobzien said. “On the back-side of this pandemic, our quest to electrify will continue.” 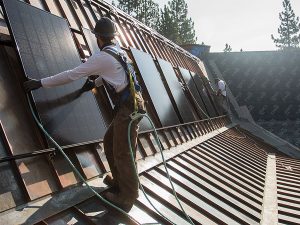 As Nevada pushes toward sourcing half its electricity from renewable energy by 2030, the COVID-19 pandemic has caused some turbulence in the renewables sector. 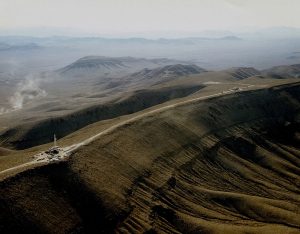